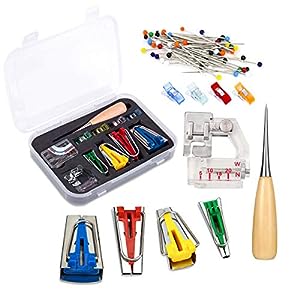 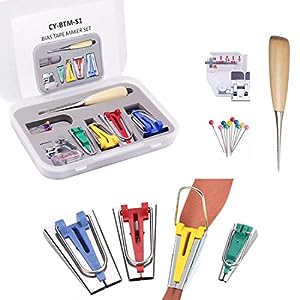 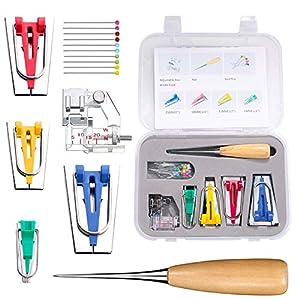 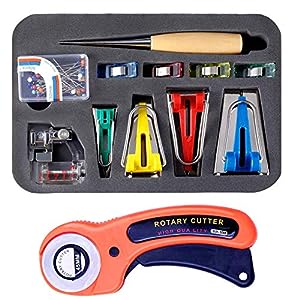 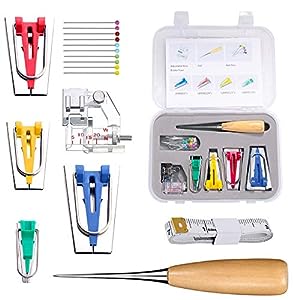 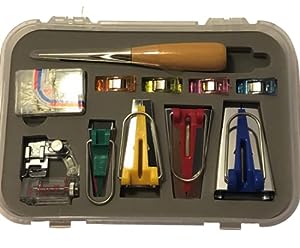 All You Need To Know About Bias Tape Makers

We provide you the best products at the best prices on the web. Take a look at our categories on the left for the widest range available, and shop online safe in the knowledge that all orders are 100% secure-guaranteed!

Before we talk about bias tape makers, we must understand what bias tape is and why it is used.

A bias tape, or a bias binding, is quite popular among both the sewing enthusiasts and the experts. It’s a thin piece of cloth that is used for piping, covering the edges of cloth as well as binding seams and crafting projects. Whether you are a sewing/quilting or crafting expert or just a hobbyist, bias tapes are a must-have material for you. They are pretty, colorful, and quite fun to work with. They’ll give a neat and tidy look to your projects and make them super adorable.

The fusible bias tape consists of an adhesive attached to it on one side. You just have to iron the tape after placing it over the cloth that needs to be bound and the tape will, as the name suggests, fuse with it without requiring any stitches. Fusible bias tapes are mainly used for making vines, applique stems, and Celtic designs, etc.

The blanket bias tape is generally used to give a softer finish to blankets or quilts made of warm and soft fabrics. In the case of continuous bias tape, you don’t have to piece multiple strips together; it is already a continuous strip of bias tape. The last but not the least, the DIY bias tape is a result of the experiments of DIY enthusiasts who love thinking out of the box.

Bias tapes are quite amazing but as great and fun as they are to use in your sewing projects, the ones available in the markets have fewer colors and higher prices. This is where the bias tape makers come in to save the day. The help you make bias tapes in as many colors and designs as you want.

There are two major kinds of bias tape makes:

Even though you may know how to make a bias tape manually, a tape maker will make the process even quicker and smooth, thus, saving you a lot of your precious time. They don’t cost much but they’re a wise purchase for your sewing and crafting adventures. Therefore, if you’re planning on experimenting with sewing or crafting, or have a project due, you’d need these tape makers to add more charm to your creations.

only $12.40
View
Add to Cart
View All Best Sellers